Tripping on the sidewalk because you can’t feel your feet. Struggling to walk barefoot after a shower. Spiffing up for date night, but struggling to fasten tiny collar buttons. If you can relate to any of these scenarios, then you already know about living with neuropathy or chemotherapy-induced peripheral neuropathy (CIPN).

Treatment for colorectal cancer is grueling: emotionally, mentally, and physically. In the best of circumstances, thanks to chemotherapy, your tumor shrinks or disappears. You may even hear, “You have no evidence of disease.” Oftentimes that happens, and people around you cheer, talk about the power of prayer and your amazing recovery, and then the meals stop coming and the support you received during your treatment and recovery from surgery disappears. But the effects of CIPN never go away. Or maybe you are on treatment for life, and you are living with neuropathy, a side effect of chemotherapy.

You are not alone.

Bethune was diagnosed during an annual physical, which he almost canceled. At the time of his physical, he didn’t have blood in his stool, but his GI tract would act up from time to time. He had dull headaches, and he was frequently tired. Working full time and raising three kids, he and his wife were always on the run, so being fatigued didn’t feel like a symptom worth getting alarmed about.

But since his diagnosis, creating awareness about colorectal cancer is important to Bethune. He said if he had canceled that appointment for his physical, he doubts he would be alive today. He encourages everyone age 45 and older to get screened for colorectal cancer, and to get screened sooner if they have a family history, or if they have signs and symptoms. Because he was 48 when he was diagnosed, and screening age at the time was 50, Bethune stresses that people should get their annual physical. The day before his physical, Bethune had bloodwork done, and it wasn’t until casual conversation with his doctor that she became suspicious and recommended Bethune go for a colonoscopy.

On July 3, Bethune sat in a recliner for his first chemo infusion. Bethune radiates positivity and depends on a good mental outlook for helping him get through difficult times and situations in life. He remembers telling himself that year that the firework celebrations were for him. While receiving his infusion, he didn’t feel well and started to feel thirsty. He grabbed a few ice cubes, and as soon as he touched them, he felt like he had been shocked. This sting and shock from the ice were Bethune’s introduction to neuropathy.

The National Cancer Institute (NCI) defines peripheral neuropathy as “A nerve problem that causes pain, numbness, tingling, swelling, or muscle weakness in different parts of the body. It usually begins in the hands or feet and gets worse over time. Peripheral neuropathy may be caused by cancer or cancer treatment, such as chemotherapy.”

Whether you refer to it as CIPN, peripheral neuropathy, or neuropathy, one thing is for sure: Living with neuropathy is a daily challenge, which affects your quality of life. Although the CIPN may stop once you’re finished with chemotherapy treatments, approximately 30% to 40% of patients are faced with chronic, lifetime symptoms, according to the NCI, which furthermore says, “CIPN is the most common reason that patients must reduce their dose of chemotherapy. Some may even stop cancer treatment entirely because the effects of CIPN are so debilitating and distressing.”

The most common symptom of CIPN is numbness and tingling felt in the hands and feet, but symptoms are different for everyone. Other symptoms include:

When Bethune’s oncologist broke her ankle following a skiing accident, she told him, “I owe you a huge apology and also a thank you, because you described neuropathy better than anyone I’ve ever spoken with. And now I understand it because I have it.”

Bethune firmly believes that keeping a positive attitude is crucial in the fight against cancer, and it’s what inspires him to help others through #%@! Cancer Fight Club. Bethune encourages people to focus on the good, despite the physical and emotional pain and loss cancer brings.

When Bethune reflects on his neuropathy almost 10 years after his diagnosis, he says, “I continue to feel a bit of numbness in each of my fingers on my right hand, and a tiny bit in each finger on the left, but honestly I can and will live with this forever!”

As for his feet, Bethune always remembers walking on the beach in Block Island shortly after treatment. He felt as if he were in an oven because the beach was incredibly hot with the sun beating down. To get some relief, he walked down and into the welcoming, refreshing water. But the tide had washed up a bunch of broken shells, and as the cold water hit his feet, they became completely numb, which made walking a bit wobbly. He felt like he was walking on broken glass. He shared this story to enforce that neuropathy makes no sense: His feet were completely numb but wildly super sensitive at the same time.

Bethune considers that day to be among his worst, and he is proud of how far he has come. As his oncologist told him, “As long as you are making progress, even if it’s just a tiny bit at a time, stay hopeful and optimistic and keep working on it! Believe that it will improve!”

Bethune doesn’t complain about the tingling because it gives hope that his nerves can reconnect and the feeling will come back. He doesn’t mind struggling with shirt buttons on collars because he is happy to be alive.

Can Neuropathy Be Managed?

If you are experiencing CIPN, there are clinical trials that may help alleviate your symptoms. Please check out our recent Clinical Trial Conversations blog post, Prevention and Treatment of Side Effects, which outlines clinical trials specifically directed toward neuropathy and skin toxicity.

Bethune’s Tips for Living with Neuropathy

Physical Activity and Fighting Back – Literally

A physical person by nature, Bethune frequently rode his bike (despite admonitions of his oncologist), and one day a friend of his invited Bethune to go boxing. When he initially started boxing, Bethune occasionally had cramps in his hands and legs, and he felt off balance due to his neuropathy. But over time, he figured out tips and tricks on how to breathe, and also how to expand his hands in the gloves to reduce the effects of CIPN. Boxing helped Bethune feel powerful, energized, and engaged.

About a year later, #%@! Cancer Fight Club was born.

The origins of #%@! Cancer began as part of an email signature from Bethune. (Not all emails! There’s some backstory, so be sure to read #%@! Cancer Fight Club: 10 Core Principles & Inspirational Messages to Fight Cancer!). Eventually, together with his cousin, Bethune created and designed a #%@! Cancer t-shirt. Bethune thought the logo was cool, and the purpose of the shirt was to create awareness. Then people began ordering his t-shirt, and Bethune found a way to work his motto into a new project.

After numerous requests to obtain #%@! Cancer t-shirts, Bethune tied his t-shirt design and love of boxing together into the #%@! Cancer Fight Club: A place where people could put on tape or gloves and physically release their aggression against cancer. Loved ones, family, and friends of people with cancer are also welcome to attend Bethune’s free #%@! Cancer Fight Club hour-long monthly sessions.

Get in touch with Bethune to learn more about the physical and mental effects and release the #%@! Cancer Fight Club can have. He is excited to share his passion for #%@! Cancer Fight Club by helping others fight and maintain a positive frame of mental health because Bethune knows firsthand how devastating the physical, mental, and emotional effects fighting colorectal cancer can have.

For more information on #%@! Cancer Fight Club, reach out directly to Bethune.

Please check out Fight CRC Side Effects Mini Magazine for more tips and information on living with neuropathy.

Be Sure to Check Out These Fight CRC Neuropathy Resources 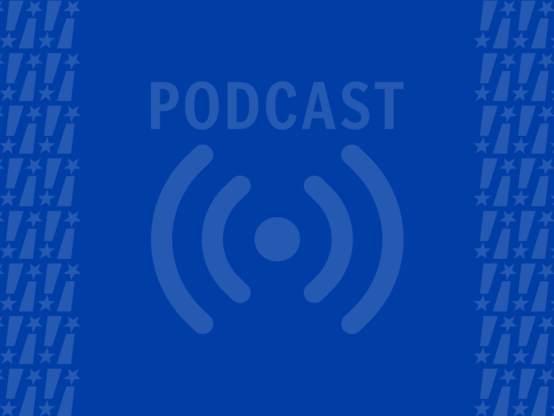