Share on Facebook Share on LinkedIn Share on Twitter Share via Email
Teri Griege is a stage IV colorectal cancer survivor. She attended her first Call-on Congress in March 2017 and has since gotten involved with Fight CRC's awareness and fundraising efforts. She is an inspirational speaker and author who shares her story of competing in the Ironman World Championship. Teri founded Powered By Hope, a nonprofit foundation dedicated to providing hope, strength, peace and education to cancer patients.” Read Teri's full bio.

This September 17 will mark 8 years to the day that I was diagnosed with stage IV colorectal cancer. This came 2 weeks after completing Ironman Louisville 2009.

What is an Ironman?

It is a triathlon consisting of a 2.4 mile open water swim, 112 mile bike ride and a marathon-26.2 mile run. Yes, 2 weeks after completing this event I was diagnosed and have been under some form of therapy/treatment ever since.

Two weeks later, my sister was diagnosed with stage III colon cancer. After that, my resolve to spread awareness and prevention began.

This spring I was finally able to join Fight CRC at the annual Call-on Congress. It was an awesome experience. I met other thrivers, survivors, caregivers and supporters. 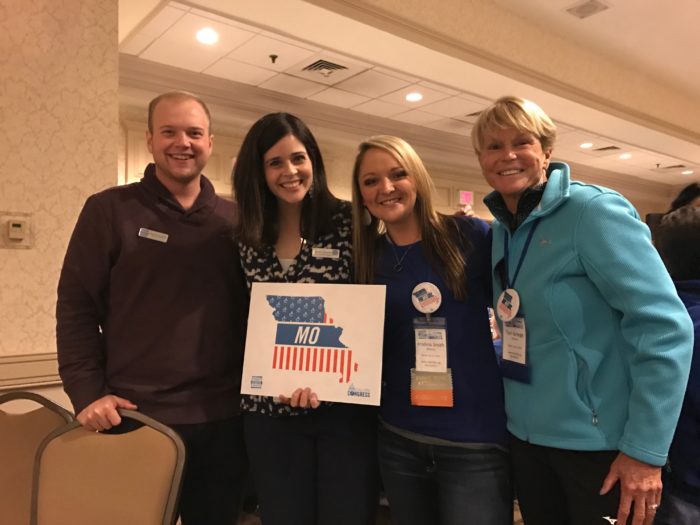 This is where I first heard about Climb for a Cure. Climb for a Cure began last year when a group of survivors and caregivers gathered in Colorado to climb a 14’er and raise money for Fight CRC's goal: a cure. Immediately I wanted in on this fun adventure! I was looking for a challenge and another way to give back. It was the perfect opportunity! I signed up to do the hike.

Living in the Midwest, there are no opportunities to climb mountains. So I had to get creative in my training. I purchased a pair of hiking boots (very helpful to have!), walked regularly and found hills to hike. Time flew by and soon it was July 30. Our group of colorectal cancer survivors, caregivers and advocates gathered at an Airbnb in Alma, Colo. for dinner to meet (many for the first time), share our reason for being there and get our instructions for the climb the next morning. Early the next morning, our group gathered and held hands at Kite Lake Trailhead. I don’t think any of us understood at the time the significance of that simple action. In the dark, we headed out with headlamps lighting the way. I was blessed to have my daughter climb Mt. Democrat with me. It was an experience that I deeply cherish and a memory that will survive. For that I am grateful! As we hiked, the sun began, ever so slowly, to peep out. Step by step, rock by rock, minute by minute, and a few hours later all 34 (6 of us survivors) were once again united on top of Mt. Democrat. After high fives and a group photo with the Fight CRC flag, we formed another circle and held hands. This time we reflected on why we climbed and who we climbed for. This was very emotional and empowering.

One group of people—all with different backgrounds and different athletic abilities. But all that mattered was the one thing we all had in common—climbing for the cure!

Reaching the top together symbolized victory. Some went on to climb higher and others headed back down. We were never again all reunited. But the circle we formed, the bond we made, the moment of silence we shared, was enough to last us our lifetimes. 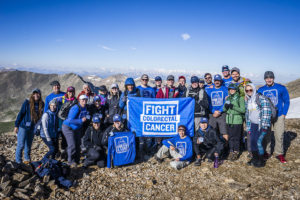 Fundraising For A Cure

The purpose of the climb was to raise money for a cure and bring us together. Our goal was $10,000. After all, this was only the second year for the event! I was determined to make sure we met our goal. I have found the only way to get what you want is to ask. About 2 weeks before heading out to the climb, I composed an email about what I was going to do and why. I asked for donations from family and friends. I even used my birthday as an opportunity to fundraise. My family and friends supported me. Soon we passed our goal of $10,000 and a few hours after the climb was complete, we had raised over $20,000.

The definition of extraordinary is ordinary with extra in front. On July 31, 2017 34 people did something extraordinary. We were 34 ordinary people that became extra-ordinary. We can all be extraordinary! Fight CRC plans a hike every year and I hope you consider joining or supporting the Climb for a Cure. We have a lot of upcoming ideas too - like a day where you could participate in a virtual hike: do your own walk or trek from home. Help us double our fundraising goals! Maybe, just maybe, we could convince everyone that when it comes to colorectal cancer, “this is crap!" and inspire even more people to support our fight. Register for the 2021 Climb! 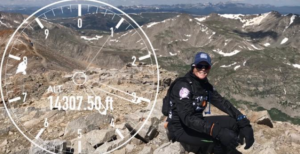