United in Blue and Call-on Congress: Wrapping Up March 2022

Call-on Congress 2022 is officially in the books. It was an incredible week of action and community both in person and virtually. The Fight CRC community descended upon Washington, D.C., armed with blue flags and a mission: to bring attention to the growing number of young people being diagnosed with colorectal cancer and compel our elected officials to do more to prioritize colorectal cancer through more funding, more research, and more treatment options.

The week kicked off on March 13, 2022, when more than 100 volunteers arrived at the National Mall to build United in Blue, an installation to raise awareness that by 2030, colorectal cancer is projected to be the number one cancer killer for those ages 20-49.

Volunteers placed 27,400 blue flags in the ground, representing the number of people ages 20-49 who are projected to be diagnosed with colorectal cancer in 2030. Snow and cold weather did not deter our valiant champions. Volunteers also set up 100 toilet seats donated from Bemis Toilet Seats that were customized with facts about the burden of colorectal cancer in all 50 states.

“It was humbling to be a part of such a tremendous undertaking. The flags show the breadth and scope of the challenge ahead. But it was also inspiring knowing that there is such a strong community fighting for better options and better outcomes. We can’t forget that each flag represents a person with a life, a family, and a future. Each and every one of them is worth fighting for.”

Later, a large LED screen was added displaying 694 names; 534 photos; and 575 messages of those impacted by colorectal cancer. This served as both a tribute to honor and remember all of the relentless champions of hope, and put faces and names to the troubling statistic.

“It was very impactful. I thought it was a beautiful display of the strength and courage of the many lives impacted by colorectal cancer.”

On Wednesday morning, March 16, 2022, we held a rally at United in Blue to bring together our advocacy and industry partners, as well as members of Congress and other government officials to lock arms in the fight for more. As Anjee Davis, MPAA; President, Fight Colorectal Cancer described, “We're here together to fight. We're here together to push for policy change. And we are urgently asking our members of Congress to fund cancer research and implementation science on behalf of these survivors, on behalf of these individuals we want to save.”

One of the most powerful speakers was Sharon Bailey, mother of fighter, Fight CRC advocate and staff member, Julienne Gede Edwards. Sharon beautifully shared Julienne’s story and clearly summarized our call to action:

“We must help the dedicated oncologists and research scientists who want nothing more than to conquer this disease. Their funding can’t be a matter of politics but one of conscience. And we must continue to give our political and legislative leaders the courage they need to make our healthcare system one that is just and one that really does care.”

Loud voices of Wednesday morning turned to hushed tones Wednesday evening at the National Mall as survivors, loved ones, and family and friends gathered for our Sparks of Strength ceremony. It was an opportunity to honor and celebrate relentless champions of hope.

“The Sparks of Strength ceremony was always a powerful moment during Call-on Congress every year, and this year was no exception. Being outside on the National Mall with over 27,000 flags, it was a moment that you could only fully appreciate in person. Being able to hug my Fight CRC family and hearing the names of the Strong Arms that trail-blazed the Hill before us was very moving. Thank you Fight CRC staff!"

“Not only are we relentless champions of hope, but no one ever fights alone. That's what we are: We are Fight CRC, and we are a family. We are better together.

As we leave here tonight, let's think about how we can bring purpose to our pain.”

Hill Day and Day of Action

Call-on Congress concluded on Thursday, March 17, 2022, with a virtual “Hill Day,” where advocates across the country had the opportunity to meet with their members of Congress. More than 150 advocates took part in over 230 meetings where they shared their stories and urged their members of Congress to direct the NCI to create a strategic action plan for colorectal cancer and to create a Colorectal Cancer Research Program within the Department of Defense.

One of our first-time Call-on Congress attendees, Deborah Cross, a stage III survivor from Georgia, was initially nervous about meeting with her members of Congress. But in the airport on her way home after meeting with her representative and senators, Deborah ran into Congressman Chuck Fleischmann from Tennessee. Deborah spoke with him about her story and shared our legislative priorities. “How about that?! From nervous one day, to bold the next!” The power of advocacy!

While we made great progress during the month of March, we still have work ahead of us! If you haven’t already, take action below. If you’ve already taken action, encourage your friends and family to do the same! It takes all of us working together to make progress and change for the colorectal cancer community. 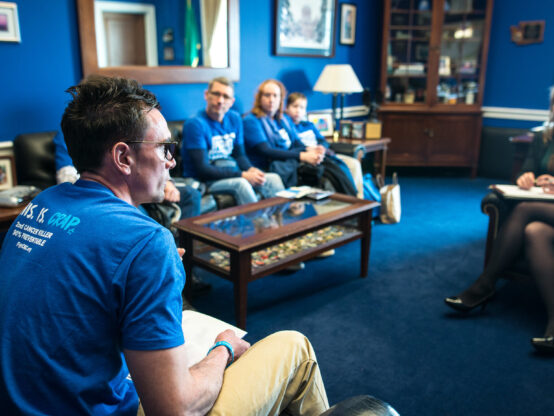 Ask Your Members of Congress to Create a CRC Action Plan 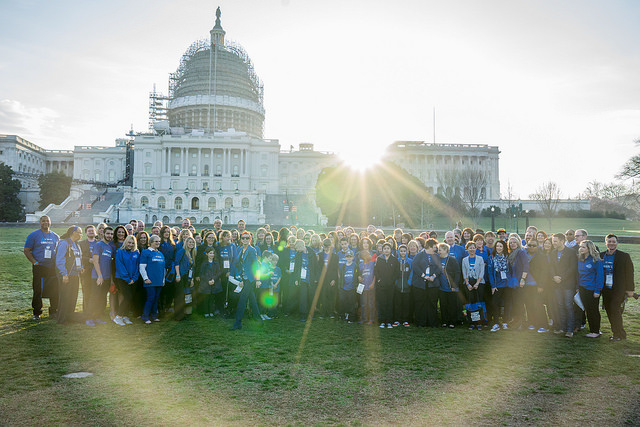 Make CRC Research a Priority at the Department of Defense! 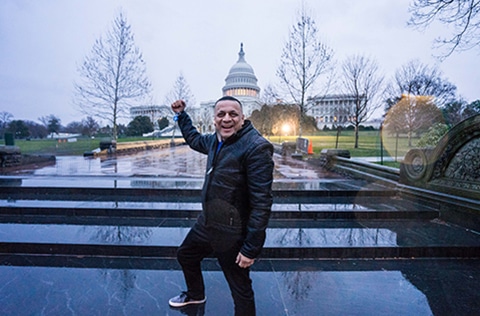