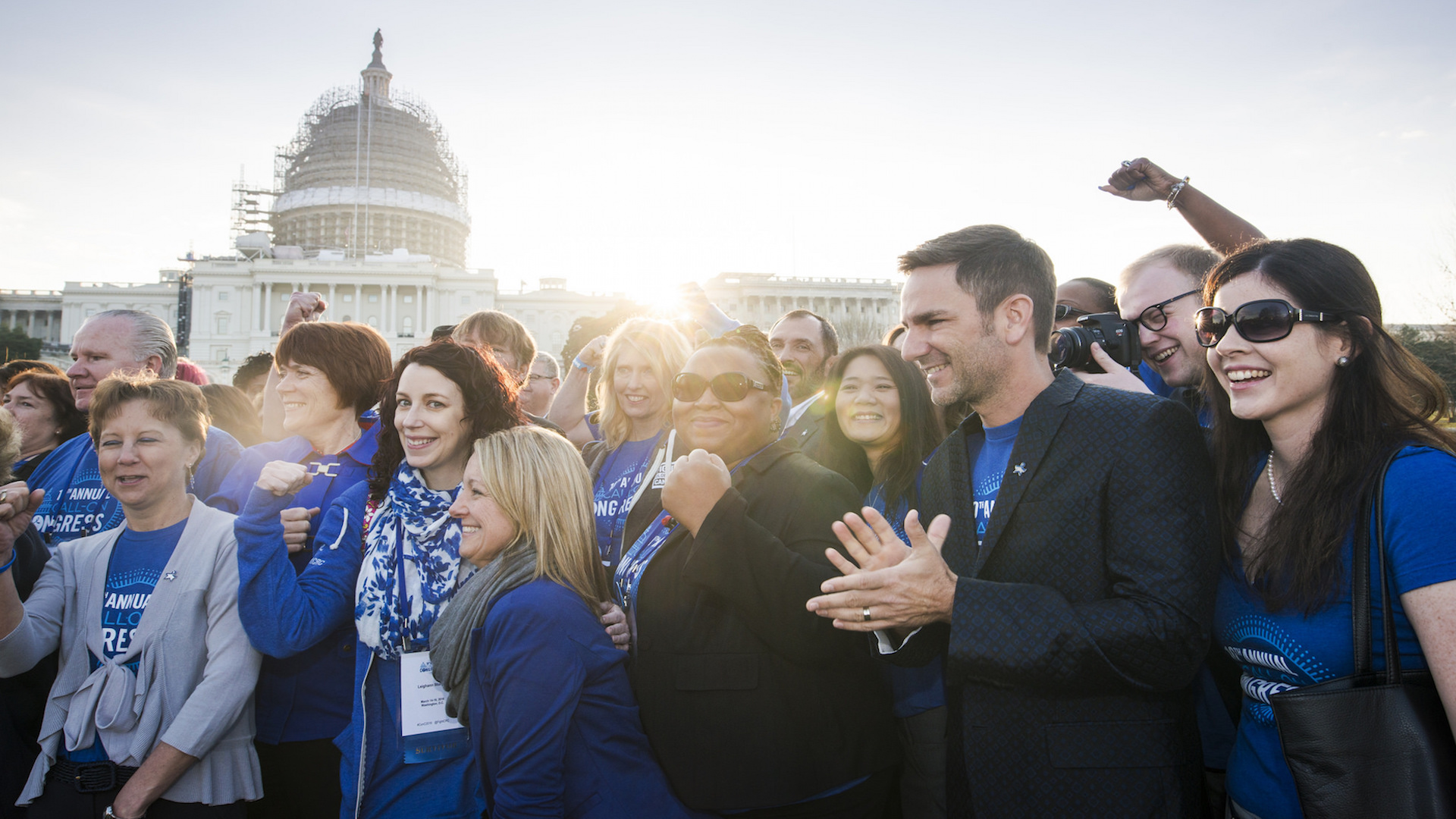 Advocacy victories come in many forms and we celebrate them all! Each win, each step forward, no matter how small, is important. Your voice matters.

The Centers for Medicare and Medicaid Services (CMS) finalized the proposed rule to remove out-of-pocket costs for a necessary colonoscopy after a positive noninvasive screening test for Medicare beneficiaries. Additionally, the rule will lower the minimum age of colorectal cancer screening to 45, consistent with the American Cancer Society and the United States Preventive Services Task Force colorectal cancer screening recommendations. These changes will go into effect on January 1, 2023.

Colorectal screening is now available at participating Kentucky pharmacies. "Kentucky's pharmacists and health insurers have teamed up to offer what they say is the nation's first "pharmacist-led colorectal cancer screening via a non-invasive stool-based test."

Fight CRC convened a group of colorectal cancer screening advocacy and business leaders to meet with officials from the White House Office of Science and Technology Policy, the National Cancer Institute, Department of Health and Human Services, the Centers for Disease Control and Prevention, and the Office of the First Lady to discuss the challenges and opportunities related to colorectal cancer screening in response to the President’s Cancer Moonshot.

The Centers for Medicare and Medicaid Services (CMS) released a proposed rule that, when finalized, will remove out-of-pocket costs for Medicare beneficiaries needing a colonoscopy after a positive non-invasive test.

Fight CRC’s President, Anjee Davis, traveled to Washington, DC to be a voice for the colorectal cancer community at the White House’s Cancer Moonshot Goals Forum.

Fight CRC hosted the first-ever colorectal cancer installation on the National Mall, planting over 27,000 blue flags to bring awareness to the growing number of young people being diagnosed with colorectal cancer.

The Centers for Medicare and Medicaid Services added Colorectal Cancer Screening to the CMS Medicaid Adult Core Set of Quality Measures for adoption in 2022.

Californians will now have coverage for the full spectrum of colorectal cancer screening, including the necessary colonoscopy following a positive non-invasive screening test.

In June, Texas passed legislation to begin screening for CRC at age 45 and remove out-of-pocket costs for a colonoscopy following a positive non-invasive screening test.

A huge month for Catalyst states, with legislation passed in Kentucky, Arkansas, and Rhode Island to cover genetic testing, screen at age 45, and eliminate out-of-pocket costs for a colonoscopy following a non-invasive screening test.

We never gave up and we never backed down. For eight years, Fight CRC champions have asked Members of Congress to pass the Removing Barriers to Colorectal Screening Act, nicknamed the “Medicare Loophole” bill! Our hard work has paid off. It’s time to celebrate. The bill has passed!

40 states along with the District of Columbia and Puerto Rico issued proclamations to name March Colorectal Cancer Awareness Month!

The NIH and NCI receive the largest increase in funding in over a decade!

Fight CRC along with our partners in the patient community defeat efforts to repeal the Affordable Care Act and its patient protections.

Fight CRC participated in a White House meeting and press conference to launch 80% by 2018 campaign for colorectal cancer screening.