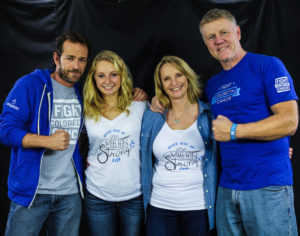 Colorectal cancer doesn’t discriminate, even if you’re famous. We're so proud to work alongside individuals with large followings who've shared their spotlights with the cause. Many have become part of One Million Strong by sharing their personal stories with the goal of saving lives.

Third-base coach of the Texas Rangers Tony Beasley wasn't expecting to hear "colorectal cancer." An athlete his entire life, the diagnosis caught him by surprise. But, Tony approached the cancer with determination and positivity. He's gotten involved in One Million Strong to share his optimism and the power of a positive mindset. Check out Tony's PSA that's playing on broadcast channels in 2018, his story in our Fall 2017 issue of Beyond Blue and his feature in Cure Magazine!

Country music singer/songwriter Craig Campbell became Fight CRC's first national spokesman in 2015. He got involved with One Million Strong to honor his late father who passed away when Craig was 11 years old. Craig's gotten involved in the cause through awareness and advocacy. He's joined Fight CRC advocates on the Hill and performed at numerous One Million Strong events. Additionally, he fundraises for the organization. Proceeds from the annual Craig Campbell Celebrity Cornhole Challenge benefit Fight Colorectal Cancer. He co-wrote Stronger Than That, an anthem of the Fight CRC community.

Fight Colorectal Cancer met singer/songwriter Sheryl Crow at a benefit concert she played in support of her childhood friend Drew Lewis who battled stage IV colon cancer. Drew passed away in 2013. Fight CRC helped raise awareness at the benefit and produced a series of PSAs that kicked off Colorectal Cancer Awareness Month in 2014.

Charles Kelley of the band Lady Antebellum and his wife Cassie got involved with Fight CRC during the launch of our One Million Strong campaign in 2013. Cassie Kelley’s father, Mike McConnell, bravely battled stage IV colorectal cancer. Mike passed away in Dec. 2013.

The Kelley and McConnell families appeared in our 2013 PSAs that kicked off the One Million Strong campaign. Charles and Cassie also attended and supported our 2015 Nashville OMS After Party and Cassie joined in to help the #StrongArmSelfie campaign on social media.

Real Housewife Heather Dubrow accompanied her friend Meghan King Edmonds for the 2016 Call-on Congress and joined her on the Hill. She shared her personal connection to the disease, her grandmother passed away from colorectal cancer, during a Hill Briefing.

Meghan King Edmonds from the Real Housewives of Orange County came face-to-face with colorectal cancer when she lost her friend and step-daughters’ mother, Leann Horton Edmonds, to colorectal cancer in July 2015. After Leann’s passing, Meghan began producing a series of stylish trucker hats, Hashtag Hats, and donating the profits to Fight CRC. Meghan joined forces with Fight CRC to raise awareness in 2016. She spoke during the 2016 Call-on Congress Hill Briefing and met with her lawmakers on behalf of the cause - an event covered by the Washington Post. Thanks to Meghan, Fight CRC was featured on a Bravo TV Season 11 episode of Real Housewives of Orange County.

Stage II survivor Kevin Jonas (and his wife Denise) joined Fight CRC in 2018 as a national spokesman to help raise awareness and encourage screenings. Their story was featured in a series of articles that launched People Health in Feb. 2018. 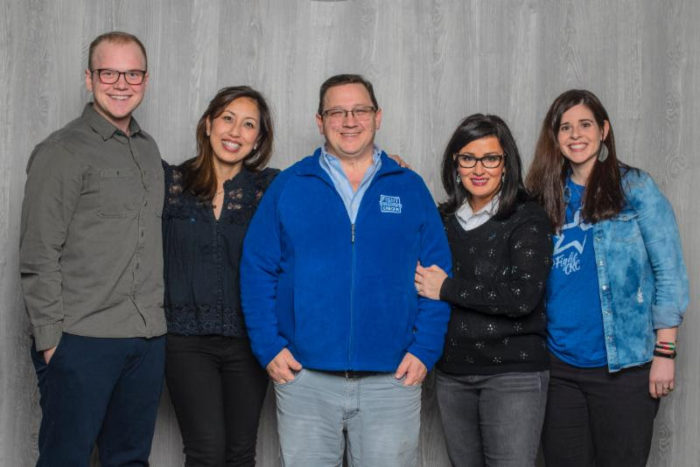 Stage I colon cancer survivor and professional race car driver Scott Lagasse, Jr. joined Fight CRC to raise awareness about prevention. As a survivor, Scott's passionate about making sure other people know about colorectal cancer - a cancer he was unaware of until his own diagnosis at age 33. Scott joined Fight CRC's One Million Strong campaign in 2017 and works with the organization to raise awareness of colorectal cancer amongst not only NASCAR fans but to anyone who will stop and listen to his powerful story.

Fight CRC remembers our friend and tireless CRC advocate, Luke Perry who passed away on March 4, 2019.

Luke Perry isn’t only a 90’s heartthrob, he’s also an advocate for colorectal cancer! Luke got involved with Fight CRC in 2015 and has been a devoted advocate ever since. Luke fights CRC because of his personal connection to the disease – his childhood best friend Chad Schrack and wife Sheila, a stage IIIc survivor. Luke and the Schracks produced multiple PSAs that played across the U.S. and appeared on The Doctors TV show. Additionally, People Magazine ran a story about Luke’s involvement with the campaign the week of April 9, 2015. Luke's continued to be involved in awareness and fundraising efforts.

During our PSA shoot in Nashville in 2013, Tennessee Titans football players stopped by to show their strength and produce our awareness and donation PSAs. They also made special appearances in our “GI Gangster” rap video. NFL players Tim Shaw and Will Witherspoon both appeared in several PSAs that ran throughout 2013. Kevin Klein of the NHL also appeared in the videos.

Fashion designer and colorectal cancer survivor Carmen Marc Valvo joined us at our NYC One Million Strong kickoff events in 2013 & 2014. In 2014 his gowns were featured at our evening fundraiser, Blue is the New Black. He custom designed a gown worn by stage IV survivor Rose Hausmann for the 2014 March kickoff.

Frank White, former World Series baseball player for the Kansas City Royals, lost both of his parents to colorectal cancer. Frank was the first celebrity to support One Million Strong. Frank and his wife appeared in 2013 One Million Strong PSAs and in several patient education materials produced about screening and prevention.

PGA TOUR Professional and colon cancer survivor Tom Lehman is excited to serve as a brand ambassador for Fight CRC. Lehman was 36 years old and at the height of his career when he was diagnosed with Stage I colon cancer in 1995. He was playing in the Masters Tournament when he started experiencing symptoms. He shared his experience with colon cancer publicly for the first time in February 2018 at the Cologuard Classic.