Targeted therapies are designed to interfere with genes and proteins specific to the malignant cancer.

Download our 3-part book, Your Guide in the Fight, for more in-depth information on your options for targeted therapies for colorectal cancer.

This therapy is focused on stopping angiogenesis, which is the process of making new blood vessels. Because a tumor needs the nutrients delivered by blood vessels to grow and spread, the goal of anti-angiogenesis therapies is to “starve” the tumor.

For colorectal cancer, the following targeted therapies may be options:

This drug is used to treat people with metastatic colorectal cancer who have already received certain types of chemotherapy and other targeted therapies.

Either of these drugs can be combined with FOLFIRI chemotherapy as a second-line treatment for metastatic colorectal cancer.

Researchers have found that drugs that block EGFR may be effective for stopping or slowing the growth of colorectal cancer.

Recent studies show that cetuximab and panitumumab do not work as well for tumors that have specific changes, called mutations or alterations, to a gene called RAS. The RAS gene family is a family of genes that make proteins involved in cell signaling pathways that control cell growth and cell death. Mutated (changed) forms of the RAS gene may be found in some types of cancer. These changes may cause cancer cells to grow and spread in the body. Members of the RAS gene family include KRAS, HRAS, and NRAS.

ASCO recommends that all people with metastatic colorectal cancer who may receive an EGFR inhibitor have their tumors tested for RAS and RAF gene mutations. If a tumor has a mutated form of the RAS gene or a specific BRAF mutation (V600E), ASCO and NCCN recommend that patients do not receive EGFR inhibitors. The tumor may also be tested for other molecular markers, including HER2 over-expression and others. These markers do not have FDA-approved targeted therapies yet, but there may be opportunities in clinical trials that are studying these molecular changes.

If you are on an EGFR inhibitor make sure to read about skin toxicity, also known as chemo rash, is a rash caused by this particular treatment. 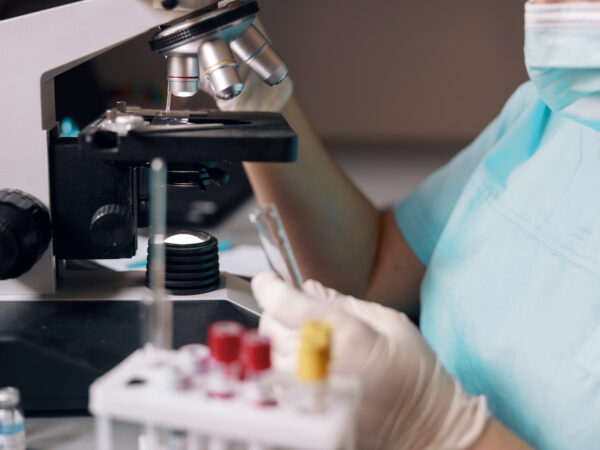 Some tumors have a specific mutation, called BRAF V600E, which can be detected by an FDA-approved test. A class of targeted treatments called BRAF inhibitors can be used to treat tumors with this mutation. A combination using the BRAF inhibitor encorafenib (Braftovi®) and cetuximab may be used to treat people with metastatic colorectal cancer with this mutation who have received at least one previous treatment.

Larotrectinib (Vitrakvi®) and entrectinib (Rozlytrek®) are types of targeted therapy that are not specific to a certain type of cancer, but focus on a specific genetic change called an NTRK fusion. This type of genetic change is rare but is found in a range of cancers, including colorectal cancer. These medications are approved as treatment for colorectal cancer that is metastatic or cannot be removed with surgery and has worsened with other treatments.

What to Expect Before Receiving Targeted Therapies

Side Effects of Targeted Therapies

learn more about managing side effects

Targeted therapies can sometimes cause skin problems over the course of a few days or weeks, such as a rash or other skin changes. These differ from drug allergies, which start within a few minutes or hours of starting the treatment. Any skin problems should be reported to your oncology team before starting any over-the-counter medicines. Possible instances of this side effect include:

Other Side Effects of Targeted Therapies

Depending on the action of the targeted therapy being used, you may experience the following side effects:

Since targeted therapies can sometimes be considered a form of chemotherapy, you may also experience similar side effects such as:

Navigate your options for targeted therapies for colorectal cancer with our three-part book, Your Guide in the Fight. We know a colorectal cancer diagnosis is overwhelming. With this download, we’ll walk you through the day of diagnosis through survivorship, empower you to make informed treatment decisions and point you toward trusted, credible resources.